There has been a clock on the tower of St Peter’s Church for more than four hundred years. The first record is in the Vestry Book in 1588 and there are records at intervals through the 17th and 18th centuries. During this long period, the clock appears to have had a single dial on the west face of the tower. However some thirty years before the restoration of the church by William Butterfield in 1870 , a new clock had been installed in the tower. In 1838, the parish ordered a clock from Thwaites & Reed of Clerkenwell to celebrate the accession of Queen Victoria. It first appears in prints illustrating the visit of the Queen and Prince Albert to Berkhamsted in 1841.

One hundred and seventy three years later, this is the clock we still have today. Originally it had only two dials, one on the east face and the other on the west. However, quite soon a dial on the north face was added which is visible in a drawing dated 1851.

During 2013 the clock on the tower of St Peter’s Church became unreliable, stopping unpredictably at irregular intervals. Smith of Derby, who now maintain the clock , established that the problem was in the dialworks on the east face. In June 2014, abseiling from the top of the tower, they removed the hands; then from inside the tower they withdrew the shafts that drive them. Inspection revealed that at some time in the past one of the shafts had been struck by lightning and that this was the underlying cause of the problem. Before the end of August 2014, repairs were complete, the dialworks were back in place and the clock was working again.

Putting the St Peter’s Clock back in good order has been a joint effort by town and parish in which the Friends of St Peter’s have had a key role. The cost was met by a grant from the Friends, drawing substantially on a generous donation from the John Apthorp Trust and on a grant from Berkhamsted Town Council. 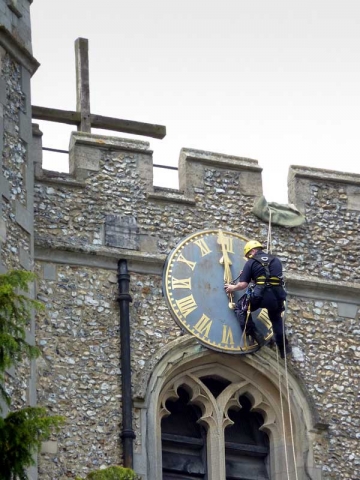 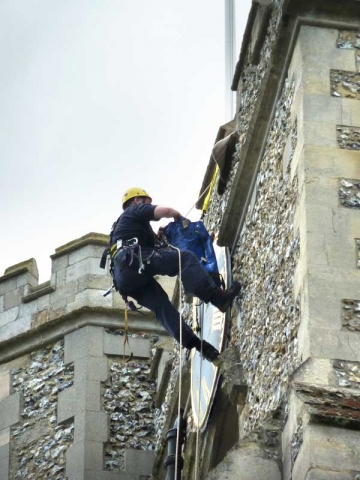 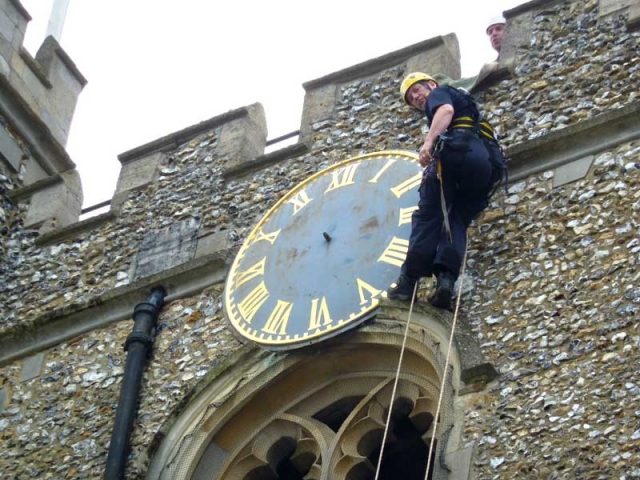 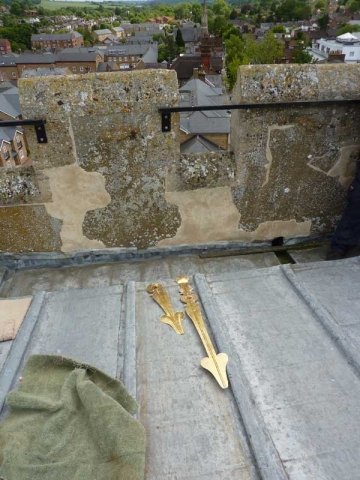 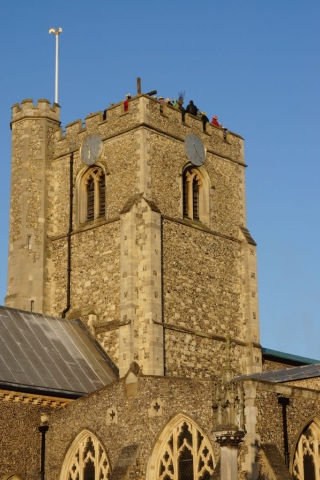